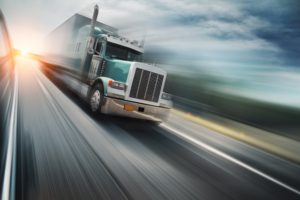 For years, trucks have failed to pay enough tax revenue to fully compensate for the damage they inflict on America’s roads — a costly blemish on the nation’s otherwise efficient and cost-effective freight transportation network. Now, some want to double down on the heavy toll trucks inflict by raising the federal weight limit from 80,000 pounds to 91,000 pounds per truck. Doing so would further increase the wear and tear on America’s roadways and harm the transportation partners who work with trucks to keep America’s economy humming. America’s integrated network of barges, trains and trucks helps move 54 tons of freight for every American each year. This finely tuned network makes modern life possible by swiftly and safely carrying everything we rely upon. Freight railroads are at the heart of this integrated network. America’s privately funded freight railroads are unique in their ability to affordably and reliably move freight long distances before handing off to trucks, who are better suited for short-distance travel to and from U.S. manufacturers and markets. Without freight railroads, shippers could not send goods and commodities across the country as quickly and affordably as they do today. Increasing truck weight limit would disrupt this network by moving freight from trains to trucks and encouraging more trucks to take to America’s overcrowded and underfunded roads. A study showed that a similar proposal to increase truck weights to 97,000 pounds could reduce overall rail traffic by 19% as heavier trucks took to the roads. The same study found that trucks would not only be heavier, they would be more common too. Increasing truck weight, the report said, would result in 8 million more trucks on roads and bridges — a 56% increase from 2010 traffic levels.