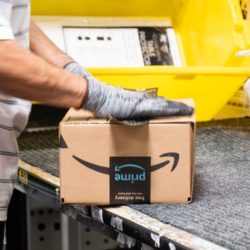 Amazon is introducing packing robots in some of its facilities that will replace human employees, according to a report from Reuters, citing two unnamed sources. The “CartonWrap” system from Italian firm CMC can reportedly pack 600-700 packages per hour — four to five times the average rate of human packers. The robotic packing system would[…]