The U.S. economy in 2016 was characterized by steady growth in the face of uncertainty.The year began with steep declines in global equity markets in response to concerns about a slowdown in China, the Europe replaced Asia as the focal point of global anxiety after the Brexit vote. In the fourth quarter, the U.S. unexpectedly elected Donald Trump as President. Despite uncertainty, the economy continued to add an average of 180,000 jobs per month during 2016.
Learn more about how changes in the global economy affected U.S. sectors last year – and how 2017 might shape up. 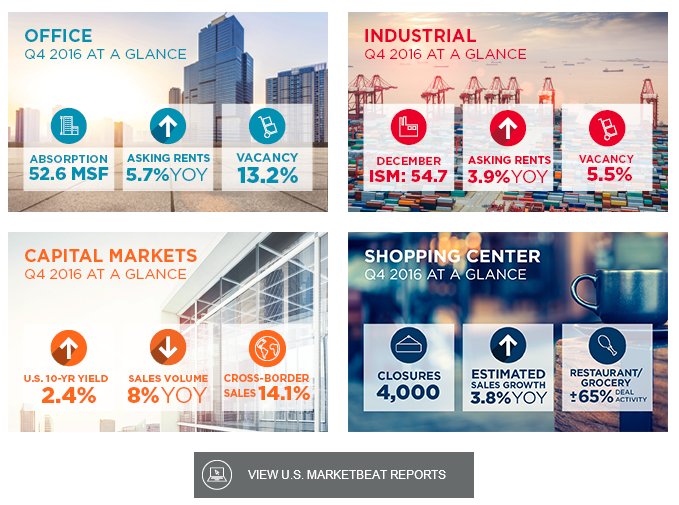